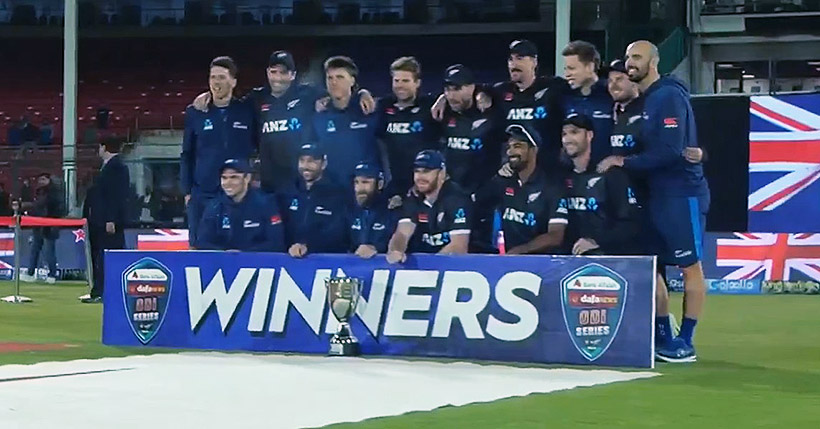 Today New Zealand played the last match of their tour of Pakistan 2022-23. They were here in Pakistan, for two test match series and three ODI match series. The test match series was leveled between New Zealand and Pakistan nil to nil. In ODI series, first match was won by New Zealand, second by Pakistan, so by winning today’s match by two wickets, New Zealand not only won the third ODI but also the ODI series 2 to 1. Pakistan Innings Pakistan won the toss and elected to bat first. Pakistan’s opener Fakhar Zaman was the top scorer as he scored 101 runs. Pakistan also faced two early dismissals, which was Shan Masood going for a duck and Babar Azam […]

Currently team New Zealand is on tour of Pakistan, the tour being New Zealand tour of Pakistan 2022-23. On this tour New Zealand was supposed to play two tests and three ODIs against the host, Pakistan. New Zealand have already played two tests against Pakistan, the test series ended will 0-0 draw. As far as ODIs are concerned, first ODI took place on 9th of Jan, 2023, which was won by Pakistan. However, today, the second ODI was played between the two teams. This one is won by New Zealand. One more ODI to go, that will take place on Jan 13, 2023 in National Stadium Karachi. Today, New Zealand won the toss and elected to bat first. They lost […] 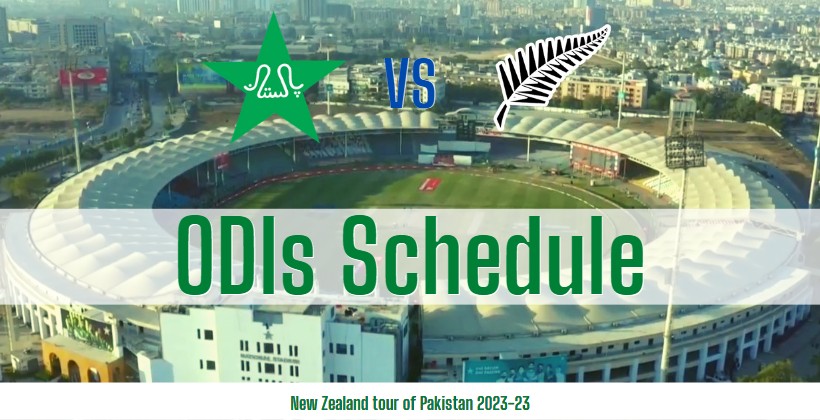 Currently New Zealand’s cricket team is on tour of Pakistan, on this tour they have already played two test match series with Pakistan. Both test matches of two test match series were drawn between Pakistan and New Zealand. As for both matches, the score rate of both teams was not that high, so five days were not enough to conclude a match with any one team winning. So it was a series draw, 0-0. However, now three One Day International (ODI) matches are also to be played between Pakistan and New Zealand, as part of same New Zealand tour of Pakistan 2022-23. The schedule for these ODIs is as follows. Match Date Time Venue First ODI Jan 09, 2023 02:30 […] 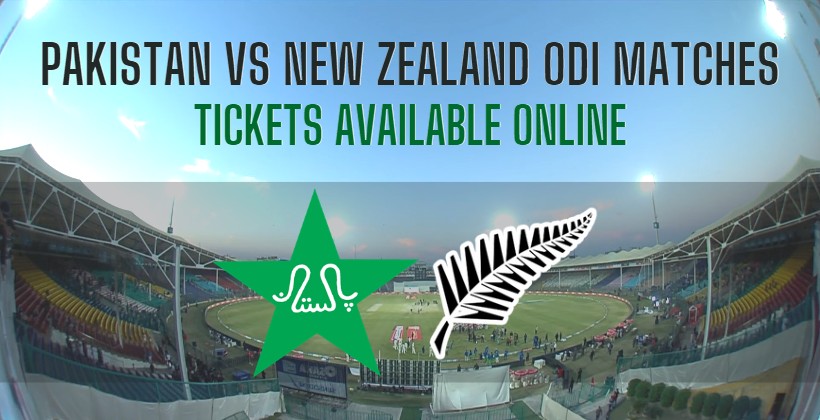 As part of New Zealand tour of Pakistan 2022-23, three one day international (ODI) matches are scheduled to take place in Karachi starting from Jan 09, 2023. Two test matches are already held between these two teams recently. Now both teams are all set to play one day international matches. Fans are also very excited to watch the matches, no matter how they watch them. However, Pakistan Cricket Board (PCB) in collaboration of BookMe.pk made the tickets of three ODIs available online. They can be bought online at pcb.bookme.pk which is dedicated page for PCB on the famous BookMe.pk website. The process of buying tickets at the given link is pretty easy and anyone can easily follow it. Also, it […] 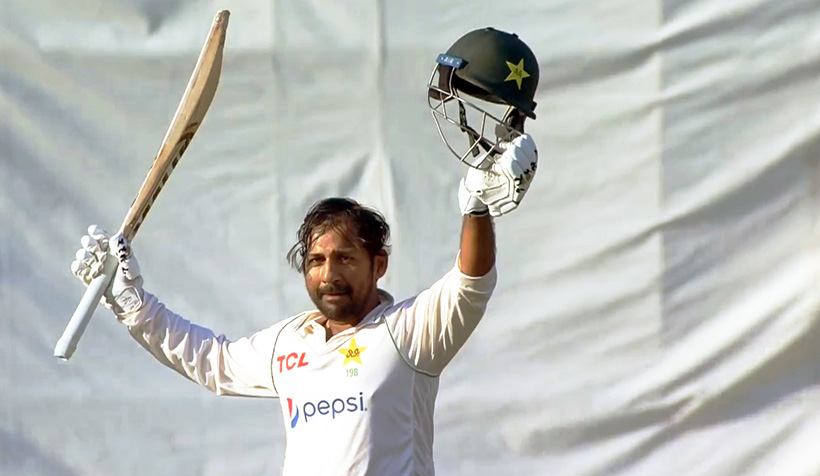 Pakistan was playing second test of two test match cricket series against New Zealand, as part of New Zealand tour of Pakistan. The second test ended today with no result as Pakistan was playing their second innings on 304 runs for the loss of nine wicket. They needed total 319 total runs to win. Which means Pakistan needed just 15 more runs and New Zealand needed just 1 more wicket. However, bad light clause kicked in and due to bad light empires decided the play of fifth and the final day cannot go further. So match was drawn between Pakistan and the New Zealand. This meant the test series was also drawn between Pakistan and New Zealand, as both the […]