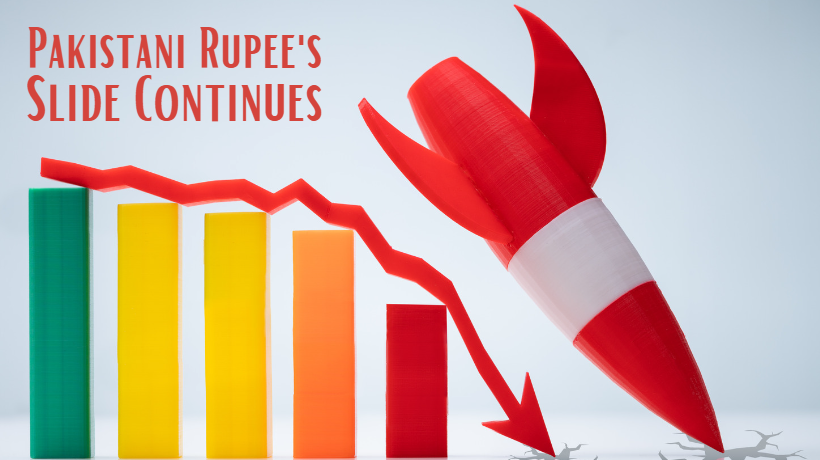 A brief recent history Seven months ago when so called Pakistan Democratic Movement (PDM) took over, after ousting the former Prime Minister Imran Khan, the Pakistani Rupee stood at Rs. 178 against US Dollar. It was even stronger before the news of planning to oust Imran Khan and the political instability the news caused. You can say it was resting at Rs. 168 against USD. Later on after PDM, the thirteen party alliance, took over the country, for few days Rupee started getting stronger and touched 172 from 178 previously, as PDM had made lots of promises to revive the economy and take solid steps to deal with inflation. But later on when people realized that Pakistan Muslim League Nawaz […]

All the good things which Pakistan Muslim League – Nawaz (PML-N) claims to have done, they would have keep tabs on the declining Pakistani Rupee. It is a fact that Pakistani rupee was not stable even before PML-N’s era but as soon as PML-N came into power, the depreciation kept going on and even accelerated at moments. Normally when this happens, if state bank of Pakistan intervene and put out some US Dollars in the Market against Pakistani currency things settle down. But in this case first no move was came from State Bank of Pakistan (SBP). Later on they did came in with a move to control the value of depreciating Pakistani Currency but that long due move came […]